December is approaching really fast. Time to rummage in the attic and get out all of the Christmas decorations yay!!

As I have been blogging for a little while now I thought I'd do a blogging challenge, but I know already that I won't have the time to do blogmas so I thought I'd try and do the Christmas Instagram Challenge. So I've seen many different Instagram challenges for various seasons on the internet but I thought I'd make my own one for Christmas.

So here is my Christmas Instagram Challenge: You can follow me @mllekarenanne and I'd love for you to join in if you like using the #mllekarenannexmas so that I and everyone else who decides to join in can see all of your photos too. It would be lovely to see everyone's different Christmas experiences.


Let me know if you do decide to join in as I'd love to know! Or share with a friend that you think would be interested. :) 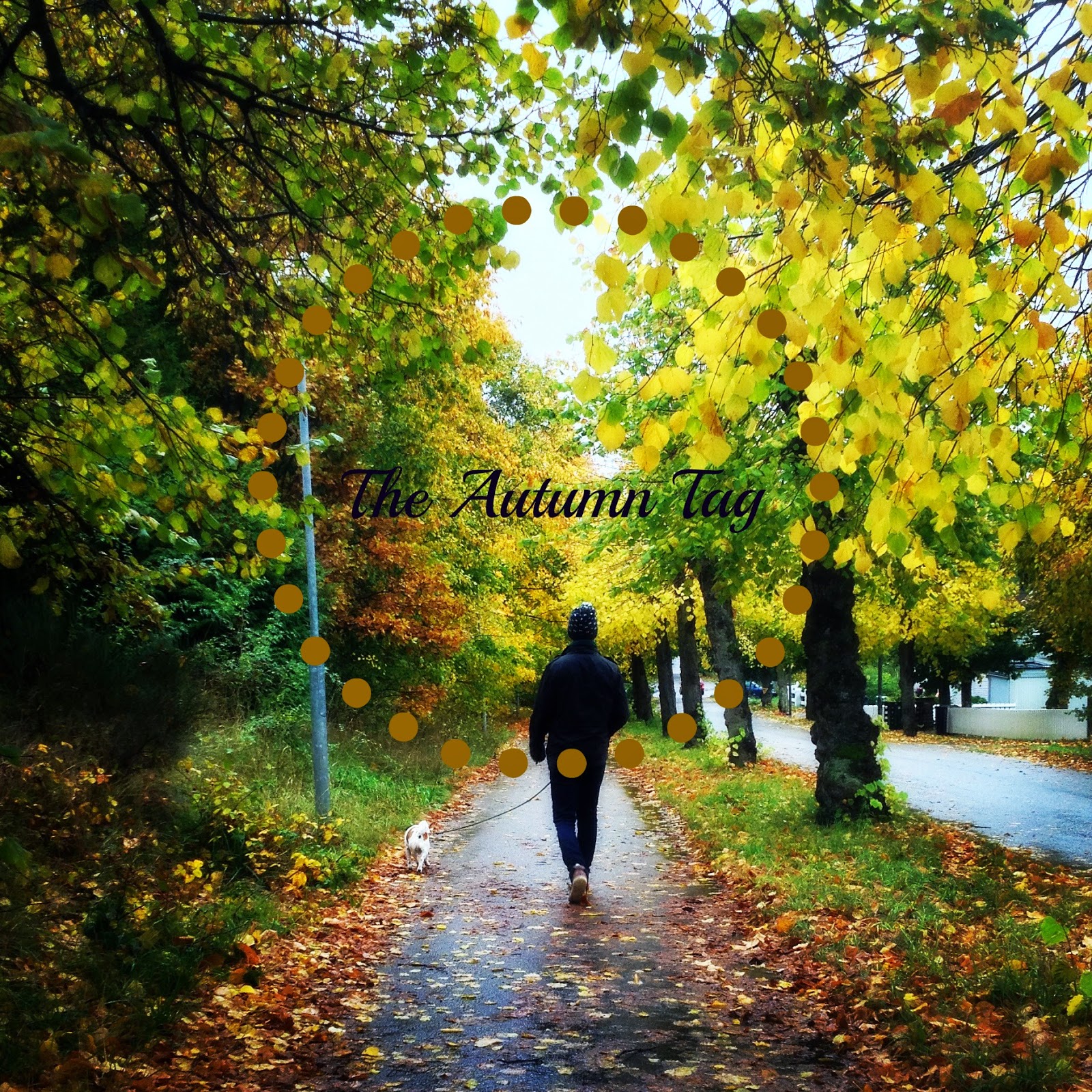 Pumpkin Spiced Latte for the win!

All of the above. 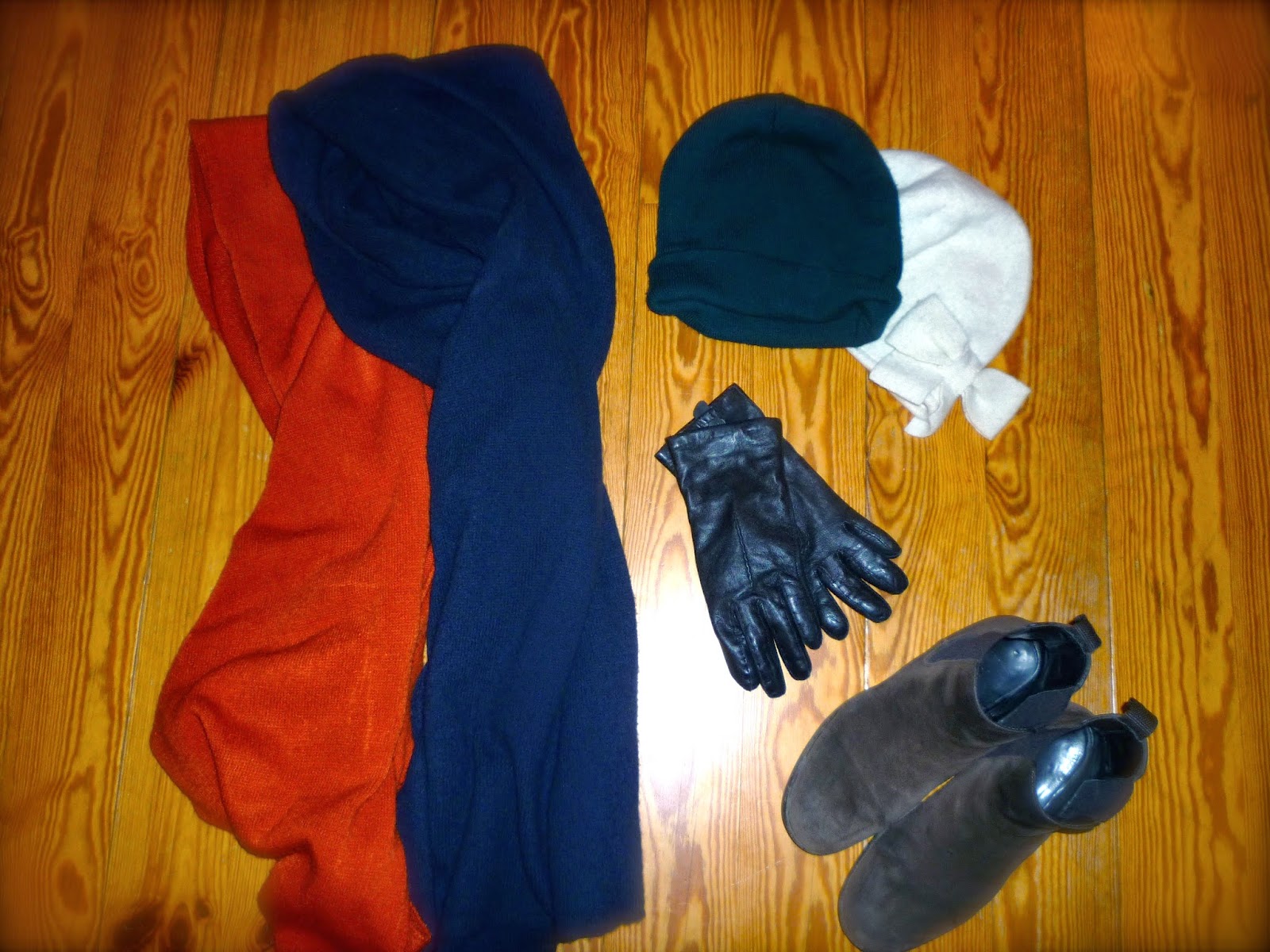 3.  Music - what's your favourite music to listen to during Autumn?


It's hard to explain the genre but during Autumn I like to listen to songs like Heroes by Alesso and The Days by Avicii so I'd say more laid back music.

4.  Perfume - what's your favourite scent for this time of year?

During the Autumn and Winter months I tend to alternate between two perfumes. This year they are Viktor&Rolf flower Bomb and Sì by Giorgio Armani. 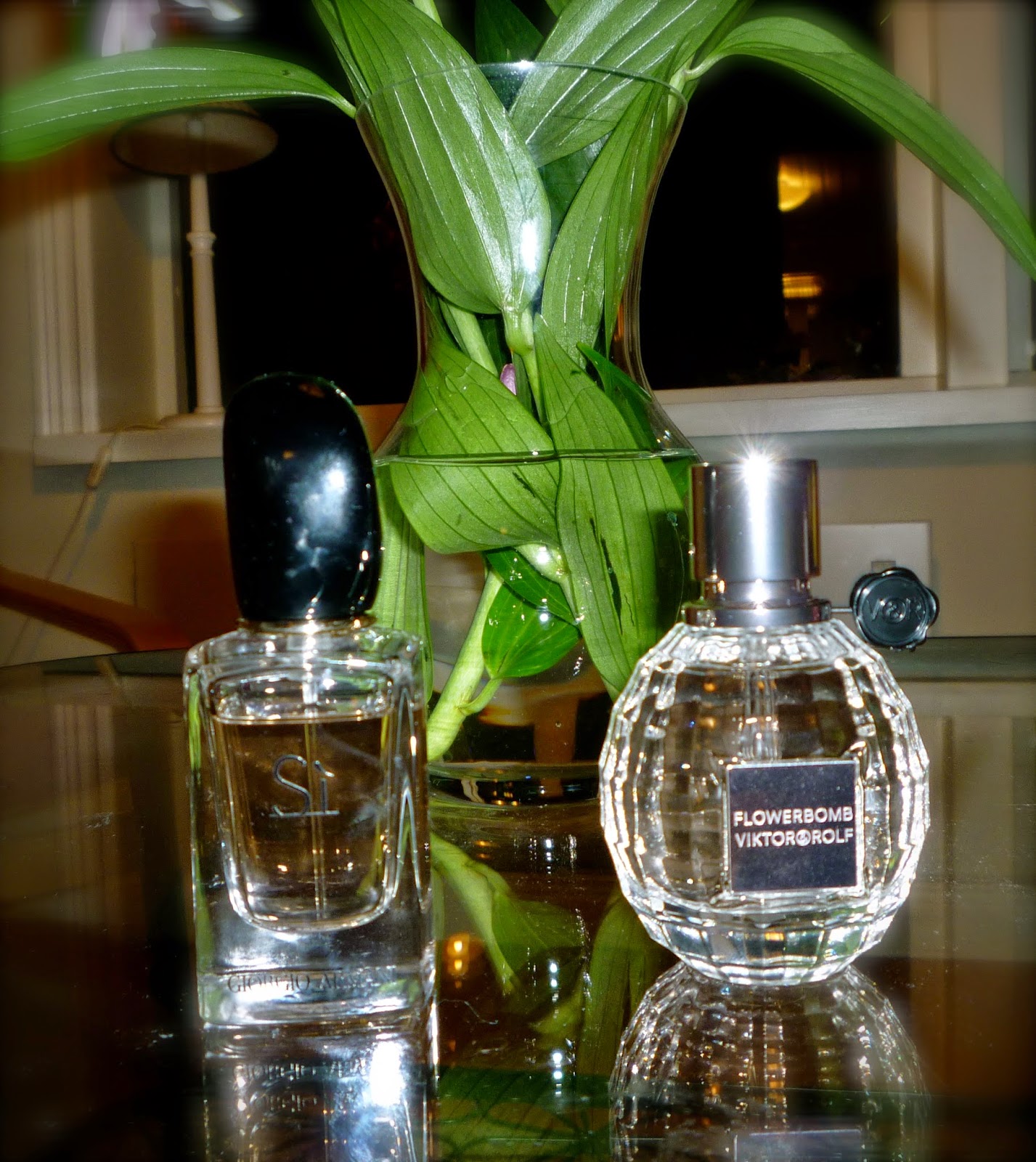 5.  Candles - what scents will you be burning this season?

I have been alternating between baked apple cinnamon and creme brûlée. They both smell heavenly! 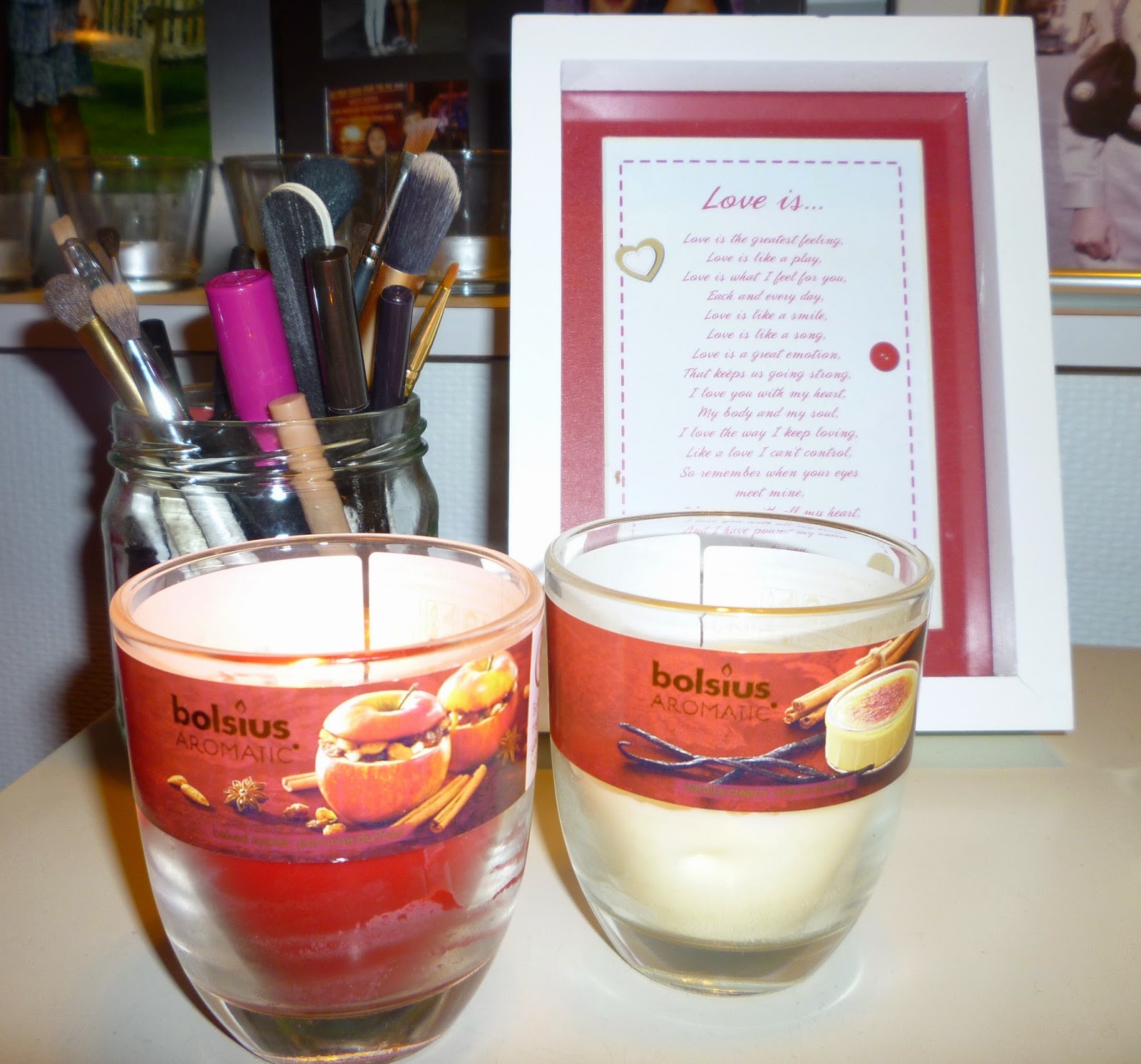 6.  What do you love most about Autumn?

I love the changing colour of the leaves and the crisp air on a sunny day. 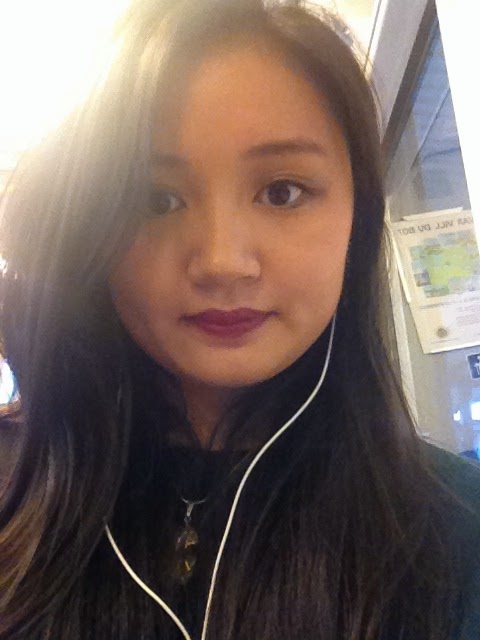 8.  What are you looking forward to most in Autumn?

The fact that christmas is on the way hehehe.


I tag everyone to do this tag!


Hope you enjoyed reading my answers :) 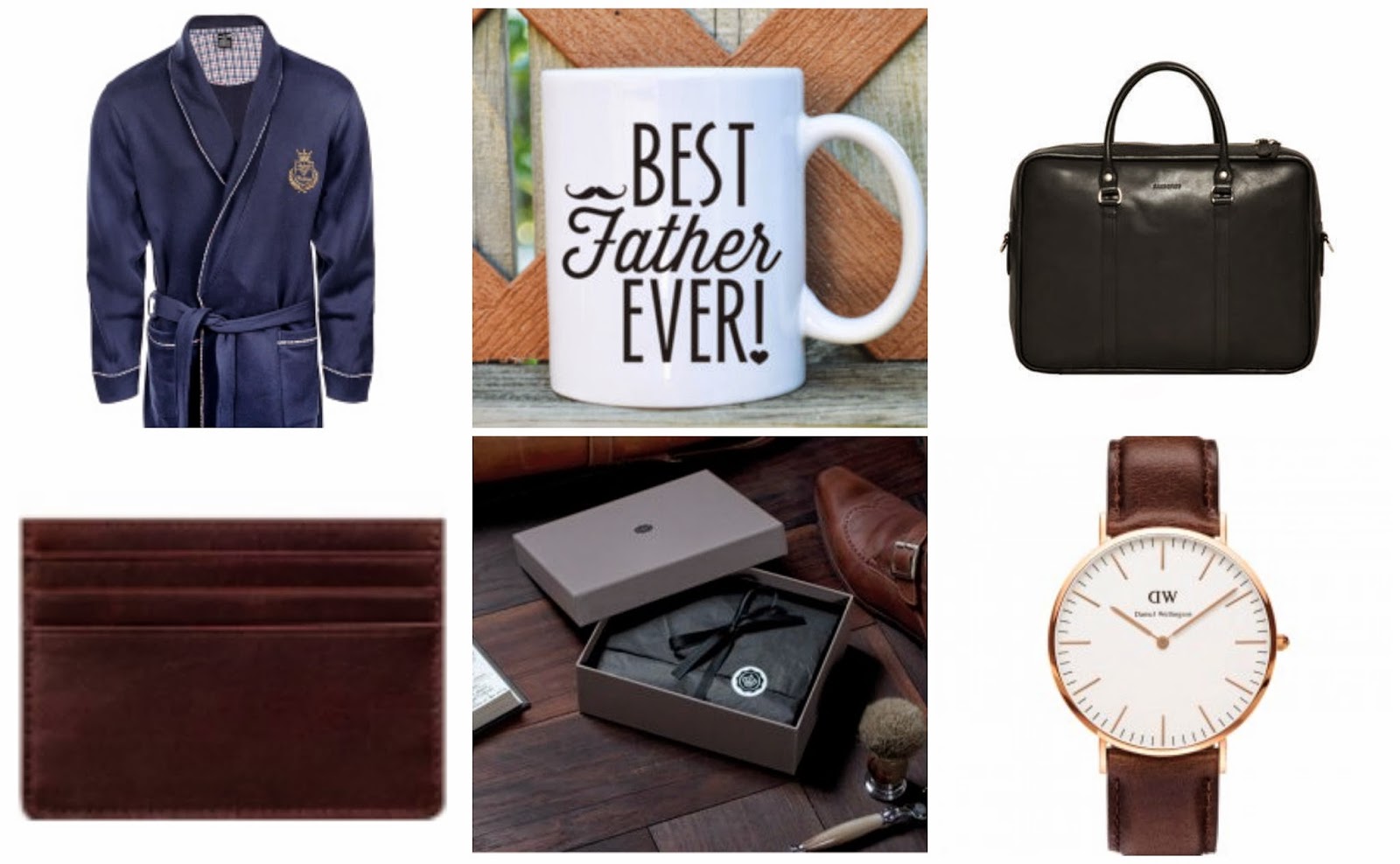 
Father’s day is just around the corner for us Scandinavians (apart from Denmark). So I thought I'd give you a few ideas if you're still stuck on what to get your dad. Most of the suggestions are under 300kr (30pounds), but I thought I'd thrown in a couple of high-end pieces as well.


Also, just because it's not fathers day everywhere else, doesn't mean that this post isn't relevant to you. This is a reminder to not forget to be grateful for your father. Plus these gift ideas can also be birthday or Christmas gifts. 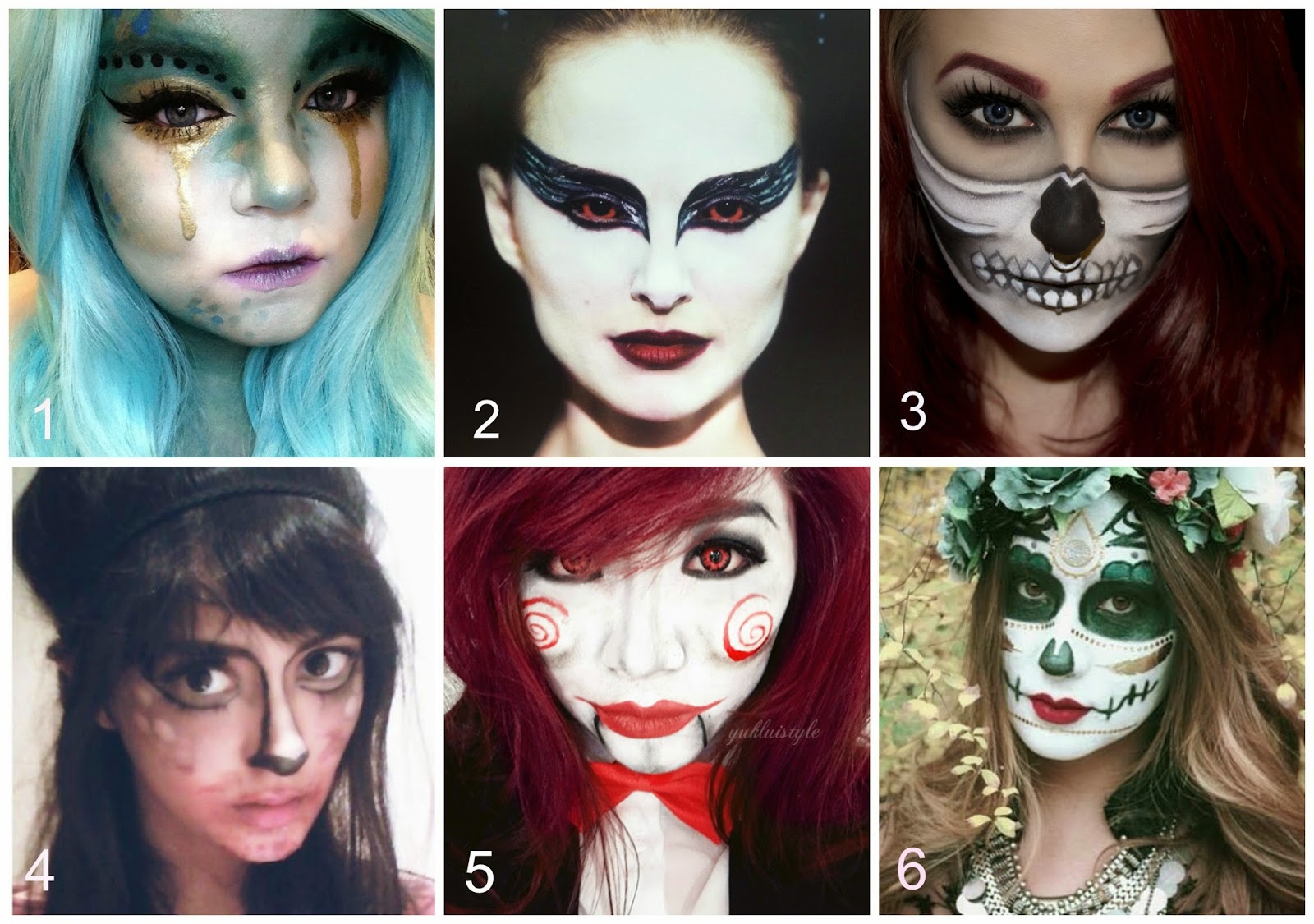 Although I am not a massive fan of Halloween, I do appreciate those who put a lot of effort into their look. So I have compiled all of my favourite looks and here they are. They are all so different but so awesome. The colours and detailing of each look is amazing. Kudos to you all! I cheated a little and added Nathalie Portman as the Black Swan as I am obsessed with this look, never gets old.

Which one is your favourite?

It's been a little over a week since the Grand Final at the Stockholm Open. That week went by like lighting and I really do miss it. I keep pinching myself and can't believe that I was given the opportunity to be a part of such a big sporting event and also able to meet so many amazing new people.

So the 11-19th of October was pretty hectic for me, but awesome!! I had been given the opportunity to help out in the media center at the If Stockholm Open. My job was to update social media, translate the newsfeed on their website and other bits and bobs. I was also lucky enough to be in the press conferences with the tennis players. And best of all I could watch all of the matches for free! 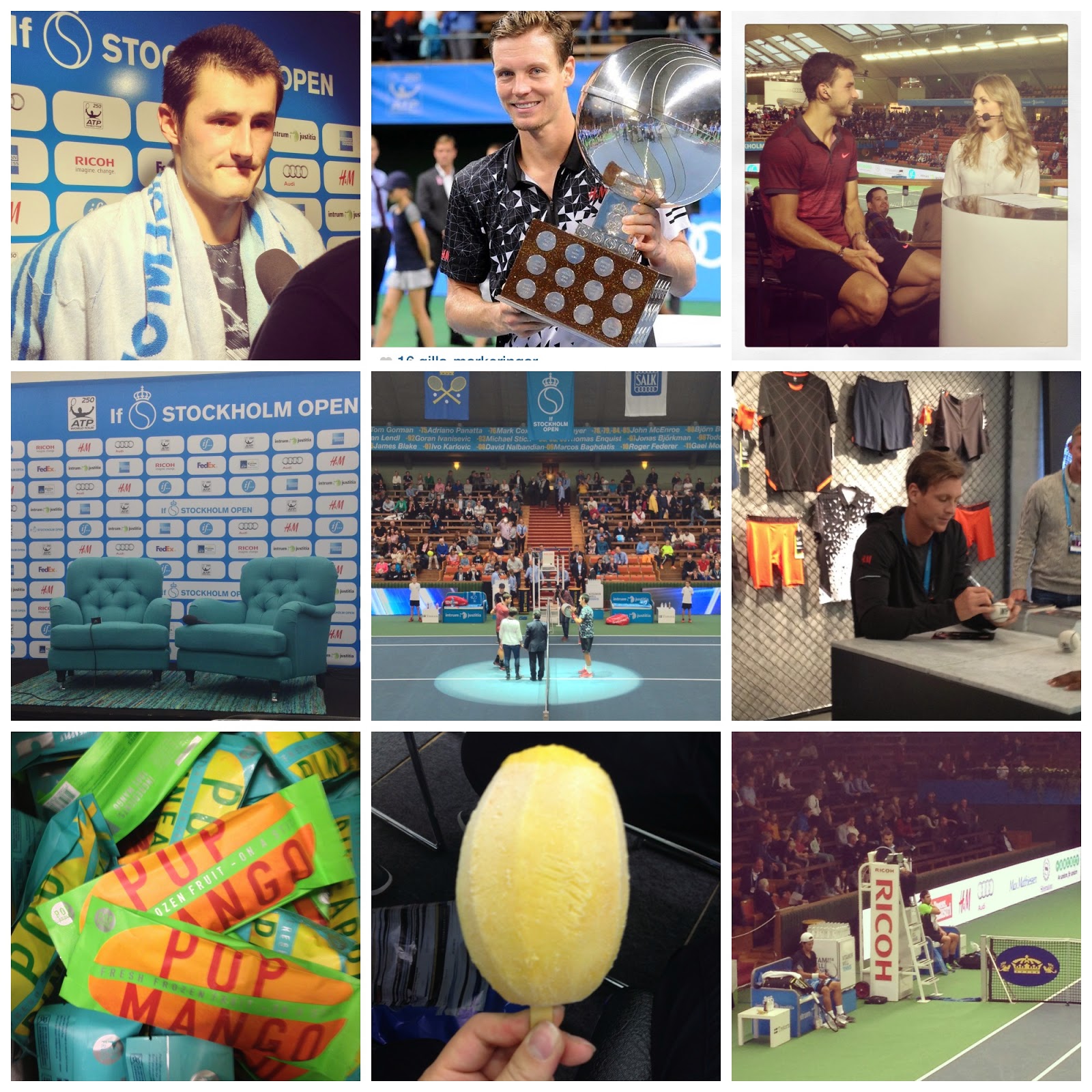 From left to right:

Tomas Berdych holding the trophy after winning at the Stockholm Open for a second time.

Grigor Dimitrov at a press conference with Eurosport.

Tomic and Grigor at the quarter final.

Pop fruits, a new concept: frozen fruits on a stick (mango and pineapple) and tastes amazing!!!


As H&M were one of the sponsors at the Stockholm Open, our uniform was provided by them and we were given a couple of freebies from them and some of the other sponsors. I will probably do a post on how I can wear these pieces individually as they are very wearable. (Unlike the uniform from London Olympics and Sochi haha) Also, we got a free breakfast at the Sheraton hotel which was amazing, so spoilt for choice. See pictures below :) 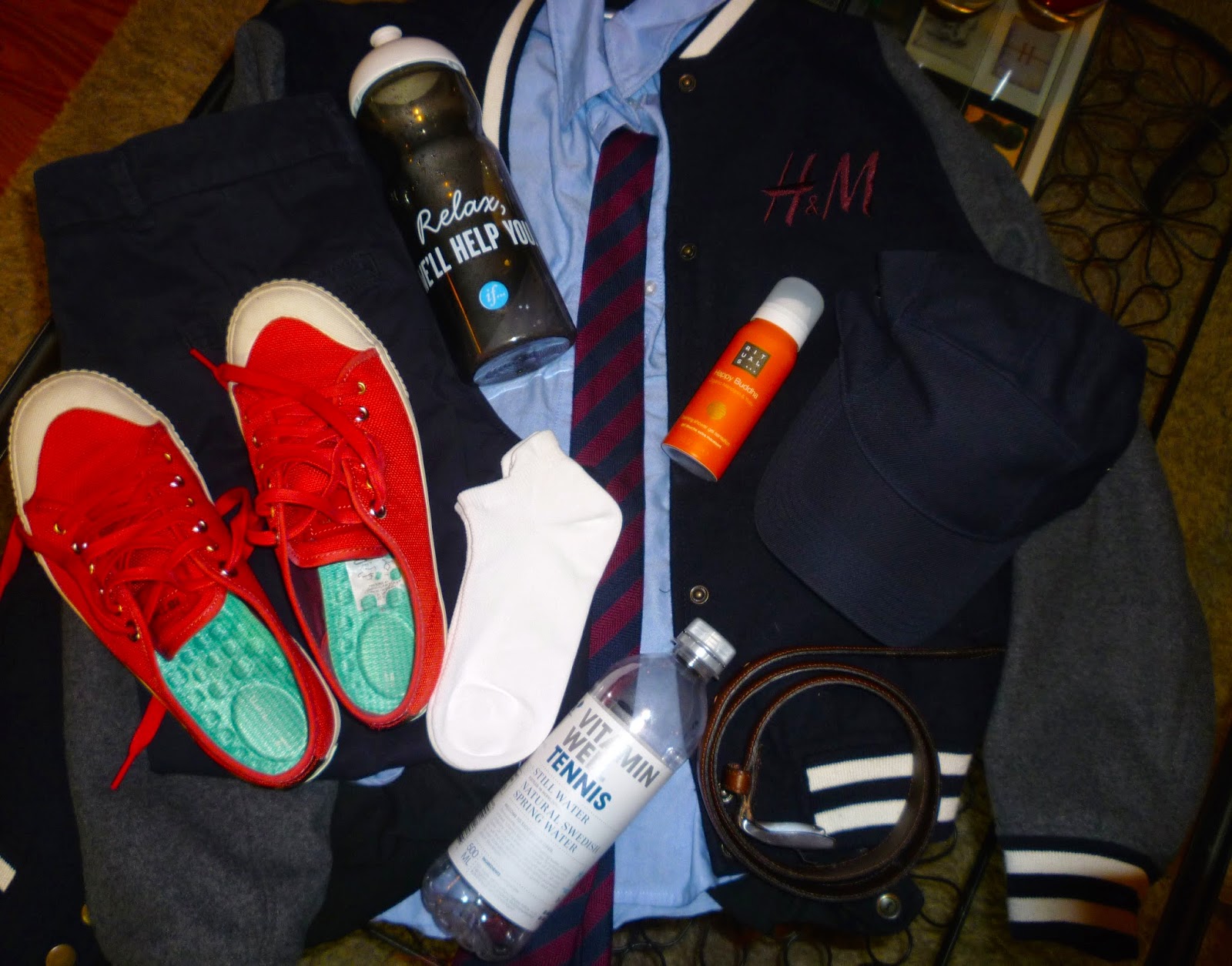 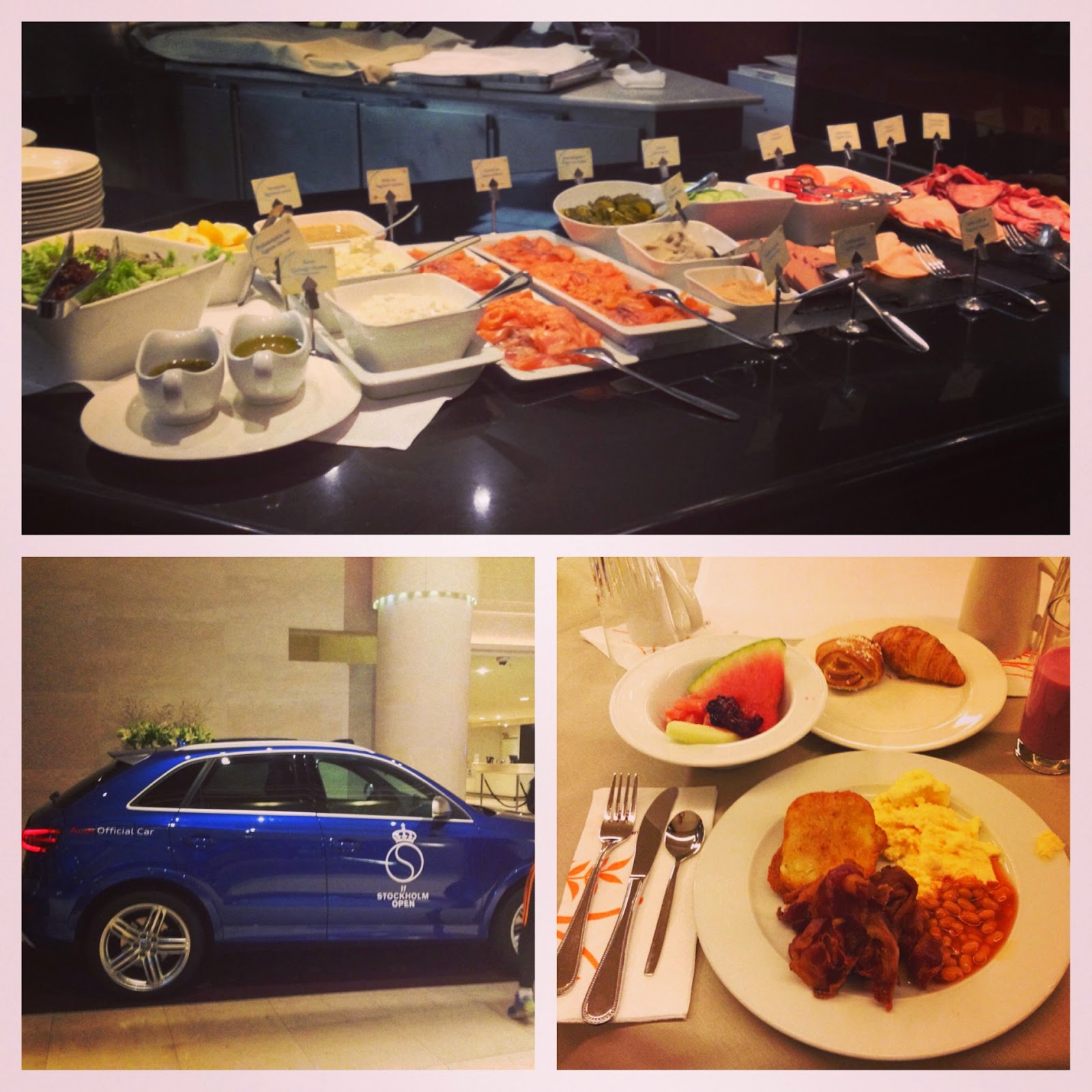 Unfortunately, I wasn't able to see the final (absolutely gutted) as I was working at my 'real job'.  But I was determined to make it back in time for the last press conferences and to get pictures with Grigor Dimitrov, the winner of this years Stockholm Open Tomas Berdych, and of course the tournament  director Robin Söderling ranked 5 in the world in 2010 and beat Nadal in 2009. Mission Accomplished! 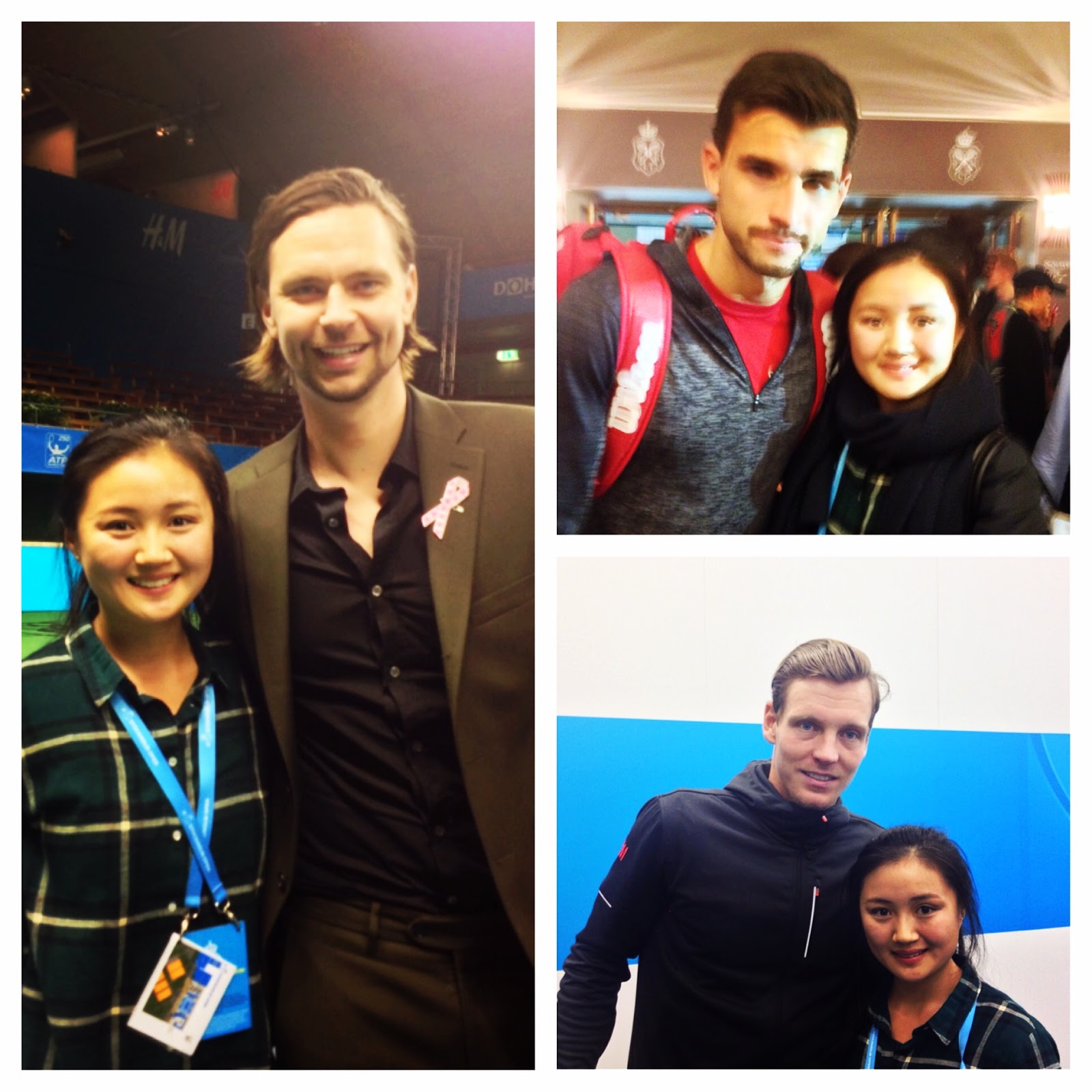